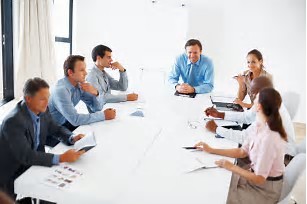 I wanted to make a few observations as a Trustee, reflecting the experiences of Trustees in the merger process. From 2000, I was a Trustee of VSB – one of the merged volunteer centres –and am currently Vice-Chair and Trustee of Volunteer Now –the new organisation formed in 2010 as a result of a merger between nine volunteer centres and the Volunteer Development Agency.

I was there at the beginning – Positive Steps 2005, 2008 the McManus Report followed by the McDonagh Report with its economic Appraisals and preferred option. It is fascinating how individuals and Boards of Trustees respond to information, both rationally and emotionally. Boards should have a strategic focus and VSB’s Board knew when we read these documents and assessed them against what we knew was happening in the external environment that they made sense and their recommendations would benefit volunteering and volunteers in NI. That was the rational response. Then, the emotional reaction – What about us? The loss of an organisation with its long history in Belfast.  VSB as an organisation was doing just fine!  It was proud of its role in promoting volunteering and active citizenship! Our Board meetings at that stage were often emotional and challenging but we could not ignore the evidence and supported the option recommending the creation of the new organisation.

I was a member of the Integrated Infrastructure Working Group (IIWG), made up of 2 representatives from each of the Volunteer Centres and the VDA. Reflecting on that experience:  it was time consuming  – we had to participate in meetings and process much complicated information on forming a new legal entity for example, and challenging– my colleagues on that group represented organisations with different histories and cultures. It was also hard work. It took over my life and I was a Trustee, not an employee. We got there in the end (though not all stayed the course) because we gave time to the process – and remember we were all volunteers with day jobs. When debate and deliberation became difficult we held on to the strategic vision and reminded ourselves what we were trying to achieve.

10 key factors got us through a difficult time

·         Starting the journey required a catalyst for change that included a stocktaking of relationships and the internal/external environment.

·         There needed to be an investment of time and resources from all the organisations involved.

·         We needed to build trust, be honest and open with each other, working through any mis-perceptions and mis-understandings.

·         We had to be aware and sensitive to both a fear of the unknown and a sense of loss of organisational identity.

·         Once a commitment to merge was made then we had to build consensus across the merger partners.

·         Communication about everything and to everyone was vital.

·         We had to agree on a ‘why merge’ rationale and take ownership of a shared vision and mission for the new organisation.

·         We had to have good leadership and clear decision-making.

·         The merger implementation plan had to be clear, targeted, time bound, reviewed and resourced.

Looking back, the two-year change process was not easy; that is an under-statement as it tested motivation and relationships between people and organisations. Those organisations  – like VSB  – that signed the merger transfer agreement had thought long and hard about what they were doing and why they were doing it. If their commitment was at times challenged, by the end of the process their resolve was strong. Completing a successful merger requires resources and we had important funding support from the Department for Social Development.

We started off the discussions seeking to have all 15 volunteer centres and the Volunteer Development Agency merge; this was not possible to achieve and highlights the complexity and challenge of the merger option and process.  Central to success was communication and ownership by all the parties. We focussed on better outcomes for volunteering across NI rather than the needs of individual organisations. I’ve said it was hard work. I, along with my colleagues on the IIWG, the Trustees of the merging organisations and Volunteer Now Trustees have lost count of the number of sub-groups and interview panels they participated in. It was difficult but worth it.

We created Volunteer Now which immediately began delivering on the aspiration of its founders to build a regional to local organisation that enhanced visibility for volunteering, responded to emerging needs and delivered a range of support services; effectively blending services that promote and recruit volunteers, provide training and establish standards of volunteer management practice with research and policy work. We are both regional and local.

With the establishment of Volunteer Now, as a Trustee, I thought the challenging, difficult hard bit was over. But no, we operate in an environment of policy and financial uncertainty that brings its own challenges to maintaining and developing the vision for an integrated infrastructure that delivers better for volunteering.

Finally as a personal note on the merger experience a quote from Albert Einstein encapsulates the mission and the bravery of those who took a leap of faith to create something more effective:

‘the world will not evolve past its current state by using the same thinking that created it’.

Exchange and Emotions in Collaborations 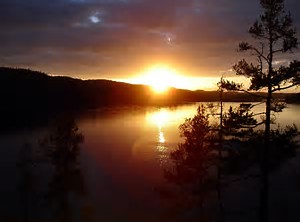