On 19 February, Junior Ministers Jennifer McCann and Jonathan Bell announced proposals on the way forward for new age discrimination legislation on the provision of goods, facilities and services.

The Programme for Government contains a commitment to extend legislation to give legal protection from unfair age discrimination by those providing goods, facilities and services. The aim of the proposed new legislation is to protect those aged 16 and over from discrimination because of their age when accessing goods, facilities and services. The proposed new legislation will put age discrimination outside work on a similar footing to discrimination law in employment.  It will send out a clear message that ageist attitudes and practices are as unacceptable in service provision as in the workplace. In certain circumstances, it is appropriate to treat people differently because of age, such as the prohibition on the sale of alcohol to people under 18. The proposals will not affect other legislation which currently imposes statutory age limits. Subject to Executive approval, a consultation document will issue in the near future setting out OFMDFM’s proposals for legislation.

Jointly funded by the Executive and The Atlantic Philanthropies, the SESP sits within the wider Programme for Government and Together: Building a United Community commitments to advance shared education. £25m will be made available up to June 2018 with a view to further embedding shared education within schools that have already embarked on this form of education. The programme will target over 700 schools.

The aim of the programme is to raise educational standards and reconciliation outcomes. It has been developed within the framework of recommendations made by the Ministerial Advisory Group on Advancing Shared Education which reported in March 2013. The programme design draws on the experience and lessons learnt from existing shared education initiatives, including the International Fund for Ireland’s Sharing in Education Programme which ran from 2009 to 2013.

Shared Education is described as the organisation and delivery of education so that it:

–  Meets the needs of, and provides for the education together of, learners from all Section 75 categories and socio-economic status;

– Involves schools and other education providers of differing ownership, sectoral identity and ethos, management type or governance arrangements; and

– Delivers educational benefits to learners, promotes the efficient and effective use of resources, and promotes equality of opportunity, good relations, equality of identity, respect for diversity and community cohesion.

Specifically, shared education involves the provision of opportunities for children and young people from different community backgrounds to learn together. Partnerships of two or more schools that seek to collaborate on a cross community and cross sectoral basis can apply for funding to further embed shared education. Successful applicants are expected to demonstrate clear progression in the breadth and depth of sharing taking place within the partnership on a collaborative basis. As well as educating pupils together, the programme will seek to build capacity across the education workforce for the delivery of shared education. The first call for applications, which serves as a pilot for the programme, was made in November 2014 with over one hundred schools applying. Successful applicants are expected to be notified shortly. A second call is expected to issue in spring 2015 for projects commencing from the start of the 2015/16 academic year. With the assistance of the Education & Training Inspectorate, a self-assessment framework model has been developed to help schools baseline their current level of sharing and develop plans for further embedding. The framework will be continually reviewed to take account of further lessons learnt.

The SESP will be complemented by a separate programme targeting schools that have not engaged in shared education as well as seeking to extend shared education to pre-school and youth service providers. The Department of Education, who are leading on the implementation of the SESP (which will be delivered through the new Education Authority from its establishment on 1 April 2015) is currently engaged in a public consultation on a new Shared Education Policy. A Shared Education Bill accompanies the policy to ensure that shared education is enshrined in legislation.

Further details are available on the dedicated website http://www.sepni.org/site/

With information on the broader work to advance shared education available on the Department of Education’s website http://www.deni.gov.uk/ 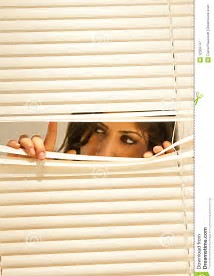